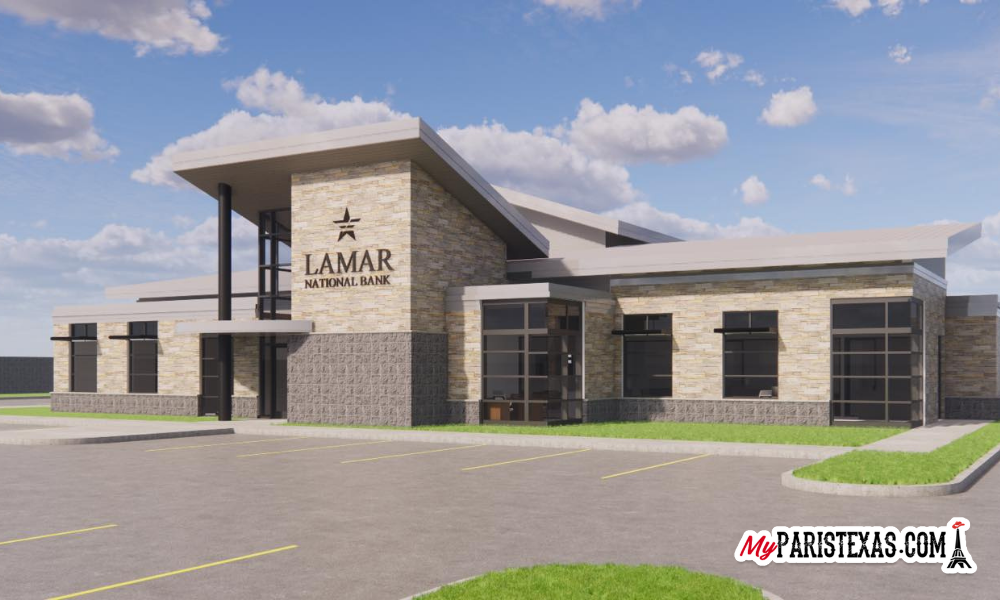 Located at 1515 W. White Street, Lamar National Bank will open a temporary facility on site to serve area customers while construction of the new branch is underway.

The temporary location is expected to open next month.  Completion of the 4,800 square foot branch building is expected by year end.

Lamar National Bank CEO Greg Wilson states, “Anna is a very exciting location for us. Located between McKinney and Sherman, Anna is experiencing incredible growth as a result of foresight and leadership in the community.  It will also be the beneficiary of Texas Instruments’ massive $30 Billion expansion in Grayson County.” Wilson continues, “We look forward to providing excellence in relationship banking to this market.“

The groundbreaking was well attended by Anna city officials, including the Mayor and Mayor Pro Tem as well as numerous other officials and business leaders including the Anna Chamber of Commerce.

Lamar National Bank was founded in 1981 in Paris, Texas and has locations in Reno, Celina, Northlake, College Station, and Frisco.