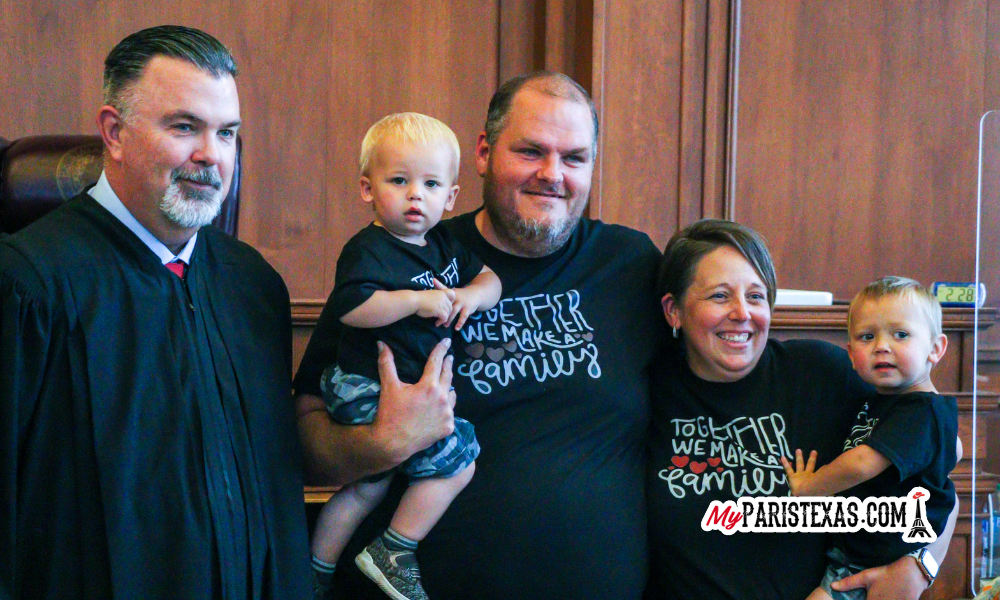 Two little brothers were reunited as a family after Jase Allen Smith was officially adopted into the Smith family early Monday afternoon in the Honorable Judge Wes Tidwell’s courtroom.

The Smith family has fostered Jase since he was just a little more than two weeks old. The family also fostered Cason since he was about 15 months old.

Jase, born on Dec. 21, 2019, has officially joined his older, biological brother, Cason Kyle Smith, who is almost 3 years old, alongside adopted mom and dad, Carol and Scott Smith. Cason was born on July 4, 2018.

“Jase is always happy,” said adopted dad Scott. “He can make just about anyone laugh and play.”

For more information on the foster care system, and how to foster, call the Texas Department of Family and Protective Services’ Morgan Fitchenmayer at 903-495-5965.