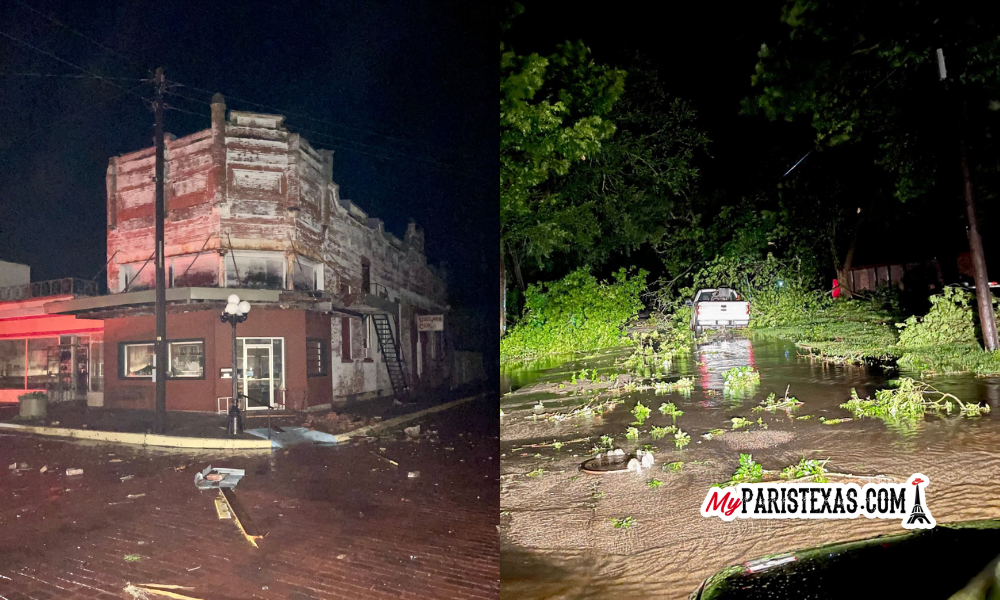 This story has been updated to include additional information after the National Weather Service evaluated damages in the area, which “were consistent to up to 95 mph wind damage in downtown Honey Grove.”

Honey Grove sustained a significant amount of damage after a complex of thunderstorms ravaged the town late Sunday night.

“So glad God was watching over us in Honey grove,” said Kim Garza, Honey Grove Resident. “Straight-line winds were so strong it knocked down trees and light poles, moved people’s trash cans to their neighbors’ yards, sent a trampoline flying several blocks and knocked a small church off its foundation. But thru it all, neighbors came out to check on one another, Honey Grove police and fire were driving around checking on the damage, and this storm has passed. God is in control even in the midst of the storm. It was scary. I have to admit I was terrified.”

Bianca Garcia, a Meteorologist with the National Weather Service, said the organization is confident the town was struck by straight-line winds, with a measured report of wind gusts up to 62 mph (originally said at about 10:15 a.m. on Monday) about 4 miles north of Honey Grove. The National Weather Service has a team in route to evaluate the damage to confirm damages were caused by straight-line winds.

“Due to many roads being blocked and current power outages, HGISD will be closed today,” according to the school. “Thursday will be a full school day, and Friday will be a half day. Everyone please stay safe.”

The Honey Grove Warrior Band’s regularly scheduled spring concert tonight has been canceled, and unfortunately will be unable to make up the concert.

“The Band Spring Concert tonight is cancelled due to the power issues at our school and town from the weather,” the Honey Grove Warrior Band said. “Unfortunately there’s no room left in our schedule to have a makeup concert. Band Senior honor cords will be passed out at the Senior Sunset tomorrow night. We regret to make this decision but also believe it’s in everyone’s best interest at this time. Please be safe as our town recovers from this unusual storm.”

The Honey Grove Chamber of Commerce Member FBC Roofing is helping community members whose roofs sustained damage to cover them with tarps for free. Contact them at 972-632-8339.

Photos below were submitted by Kristen Campbell Smith: 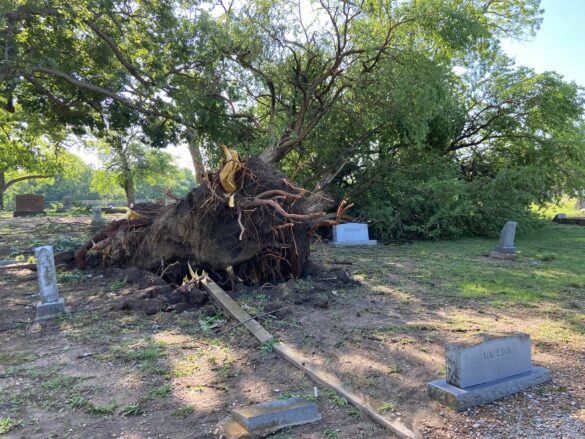 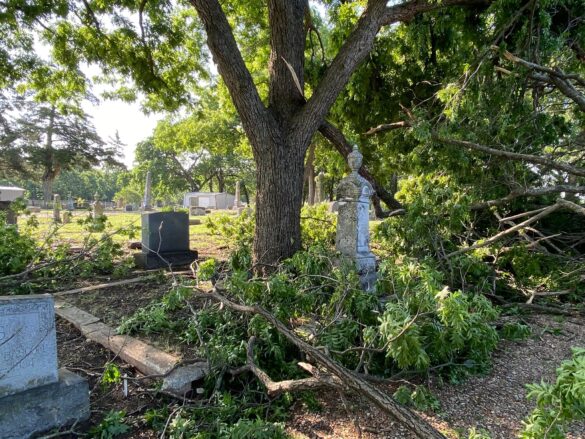 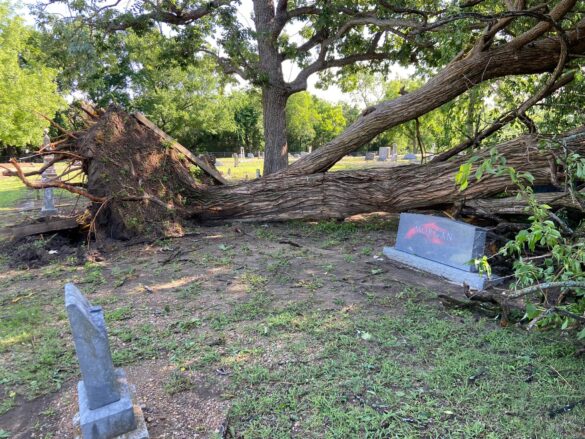 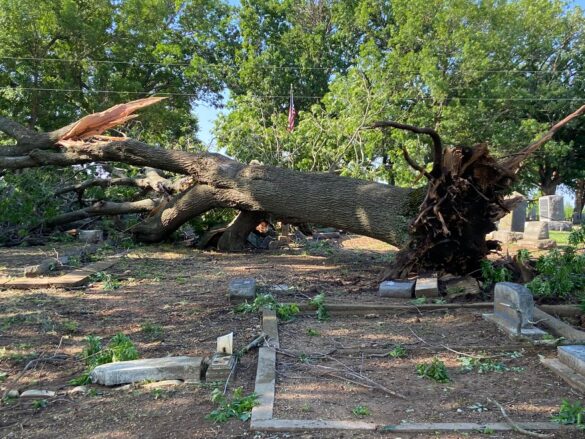