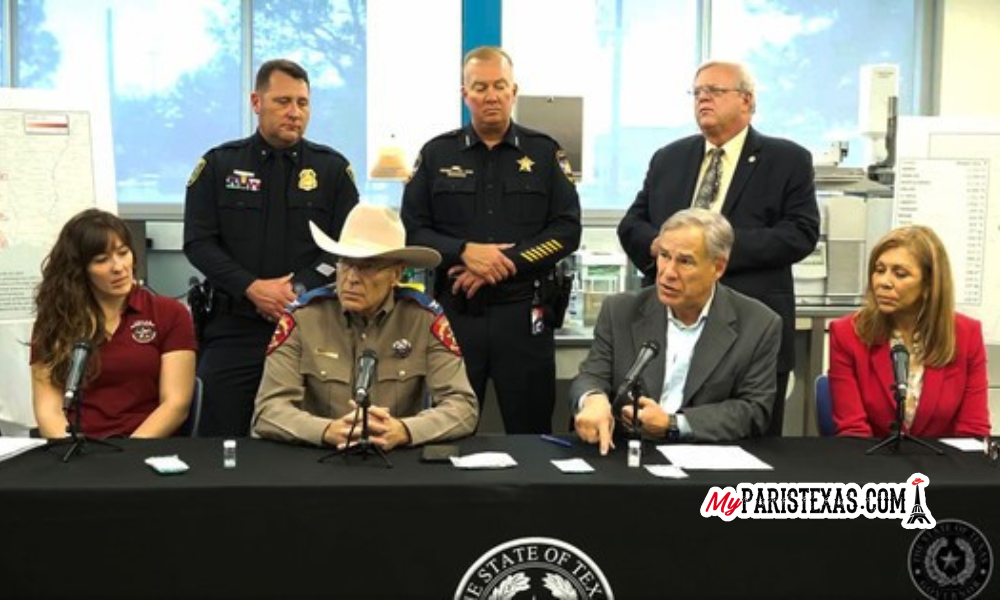 Governor Greg Abbott today highlighted the efforts of Texas law enforcement to stop the growing fentanyl crisis ravaging Texas and the nation as a result of President Biden’s reckless open border policies at a press conference at the Department of Public Safety (DPS) Region II Headquarters in Houston. During his visit to the headquarters, the Governor toured the DPS drug warehouse and crime lab and received a briefing from law enforcement officials on the fentanyl crisis and its devastating impacts on Texas communities.The Governor was joined by DPS Director Steve McCraw, Texas Public Safety Commission Chairman Steven Mach, Senator Joan Huffman, Senator Paul Bettencourt, Montgomery County Sheriff Rand Henderson, Houston Police Department Narcotics Commander Bryan Bennett, and DPS Crime Laboratory Chief Brady Mills and Seized Drug System Trainer Jennifer Hatch.”Because of President Biden’s open border policies, deadly fentanyl is flooding America, with enough seized lethal doses to kill almost every man, woman, and child in the nation,” said Governor Abbott. “Mexican drug cartels are smuggling fentanyl into our country any way they can. It is laced into every other street drug available, as well as being disguised as legal prescriptions, as this lab has discovered. Because of the folks at this lab, who handle potentially lethal drugs every day, we are saving the lives of thousands of Texans from the deadly scourge of fentanyl.””Fentanyl deaths affect Texans across all demographics,” said Senator Huffman. “Parents should be aware of fentanyl and educate their children about the deadliness of this drug. The legislature increased penalties against fentanyl manufacturing and distribution last session, but we will look to increase penalties even further this upcoming legislative session as a result of this growing crisis.”

“Cartels along the border are exploiting the federal government’s open border policies to make money selling deadly fentanyl through counterfeit pills in the United States,” said Director McCraw. “Parents and grandparents should talk to their children about the risks of counterfeit pills.”

State and law enforcement officials also reminded Texans that they can play a significant role in stopping the spread of fentanyl and fentanyl-related deaths by educating their children about the deadliness of the drug and how it can be disguised in counterfeit prescription drugs.

DPS’ Houston crime lab has tested almost 13,700 lbs. of counterfeit drugs in the past 12 months and inventoried more than 85,000 seized drugs, including more than 9,700 deadly opioids like fentanyl. In Texas, almost 1,700 fentanyl-related deaths were reported in 2021 alone.

DPS crime laboratories provide expert forensic laboratory services, such as scientific analysis of seized street drugs, and are strategically located around the state for optimal access and support to the criminal justice community.

Governor Abbott has taken significant action to secure the border in the wake of the federal government’s inaction. Those actions include:

Read more on additional actions taken by the Governor to secure the border.