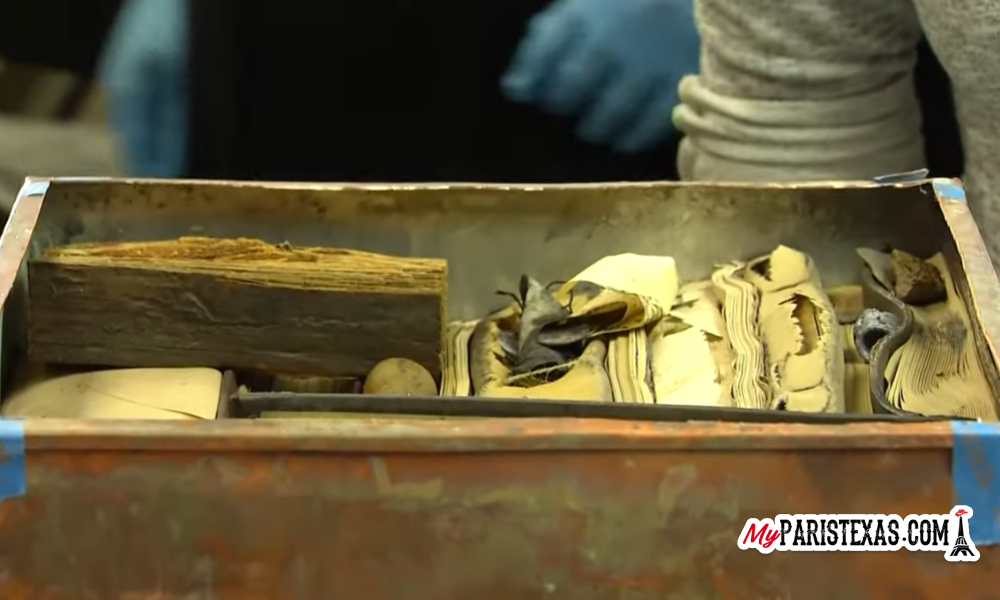 A copper box, found during the removal of a pedestal that once held a statue of Confederate Gen. Robert E. Lee in Richmond, Virginia, has been confirmed as the time capsule placed in the very Northeast corner of the monument on Oct. 27, 1887, and contents uncovered.

On Tuesday, a team of conservators at the Department of Historic Resources finished opening the 35-pound box after they cut the top open and put blotter paper inside the box to reduce the water condensation.

Officials said the time capsule was found in a pool of water and there was concern water was inside.

Inside the box, conservators found:

Conservators also uncovered a commemorative ribbon with Robert E. Lee’s picture on it.

The discovery of the time capsules completes a months-long search for the box, which contemporaneous news accounts indicate was placed during a cornerstone-laying ceremony in 1887 attended by thousands of people.

Earlier this month, crews found another time capsule embedded in a granite block that some initially thought was the one placed in 1887. However, conservators didn’t find the expected objects related to the Confederacy. Instead, they found several waterlogged books, a silver coin, and an envelope with some papers.

The artifacts will stay at the Department of Historic Resources temporarily until they are stabilized.

To watch the uncovering of the items, click here