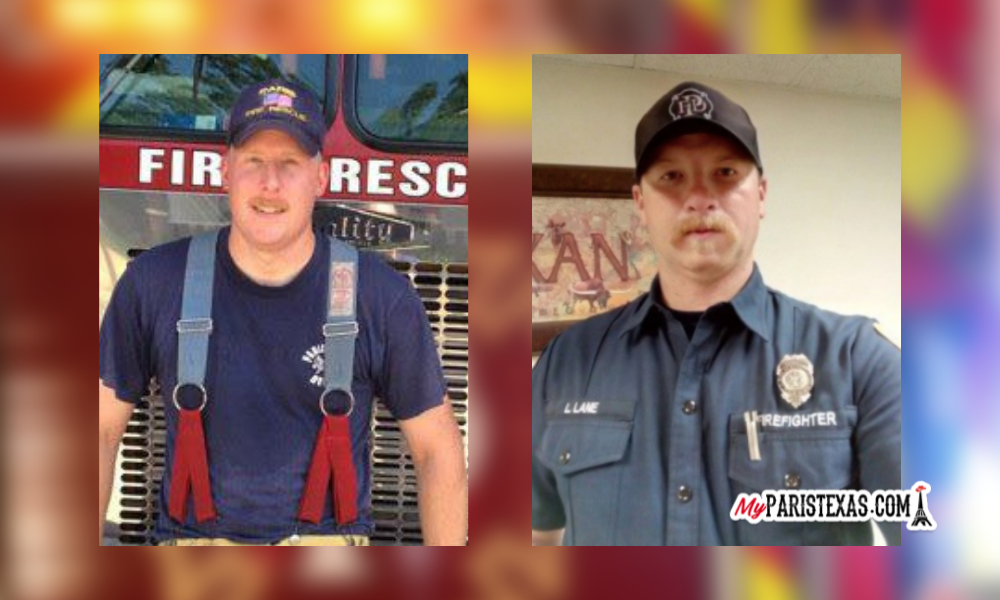 As part of the Texas Intrastate Fire Mutual Aid System (TIFMAS) strike team staged in McGregor, a Paris Fire Department Captain and Firefighter are currently stationed on standby in Central Texas for a week while weather patterns and dry conditions show a high potential for wildfire outbreaks in Texas’ Central and Southern Plains areas.

While “there is not a lot currently happening in the McGregor area,” Paris Fire Department Fire Chief Thomas McMonigle said Captain Matt Barbee and Firefighter Logan Lane, Wednesday night, were sent to help mop-up the Walling Fire and prepare for wind shifts that were expected today in Eastland County, just south of Cisco. Unless otherwise resigned, the two are expected to remain stationed there for the remainder of their seven-day deployment.

“Hopefully, there are no major outbreaks in Central Texas that would require them to be shifted to that area,” McMonigle said. “The request for resources projected a 7-day assignment. We’re obviously hoping that conditions improve so our people can come home sooner.”

“Paris is blessed with firefighters who want to serve their community and are willing to endure all kinds of weather and harsh conditions to accomplish that goal – whether it’s here in our own backyard or for our neighbors across the state or country,” McMonigle said.

Having been deployed through TIFMAS recently, Barbee previously said he knows when the state deploys TIFMAS resources, “it’s going to be for a good reason.”

“When we get there and start working with the locals you can tell they appreciate the extra help we bring in manpower, resources and knowledge,” Barbee said. “It also allows the local fire departments a chance to take a break when they are overwhelmed with numerous fires, both large and small.”

Proud to get to serve in the company of such people and proud of their commitment to serve the community, McMonigle said “we’re also blessed by the families that support these firefighters.”

Being a part of a public servant family, McMonigle said, can be difficult, and “it is even harder when they’re gone for days and weeks at a time.

“The families hold down the fort and keep things running smoothly at home, so our firefighters can concentrate on the task at hand,” he said. “We absolutely couldn’t do what we do without these families that sacrifice so much for our community, most of the time going unnoticed. They are the unsung heroes behind the ones you see in the photographs fighting the fires. We’re grateful every day for them.”