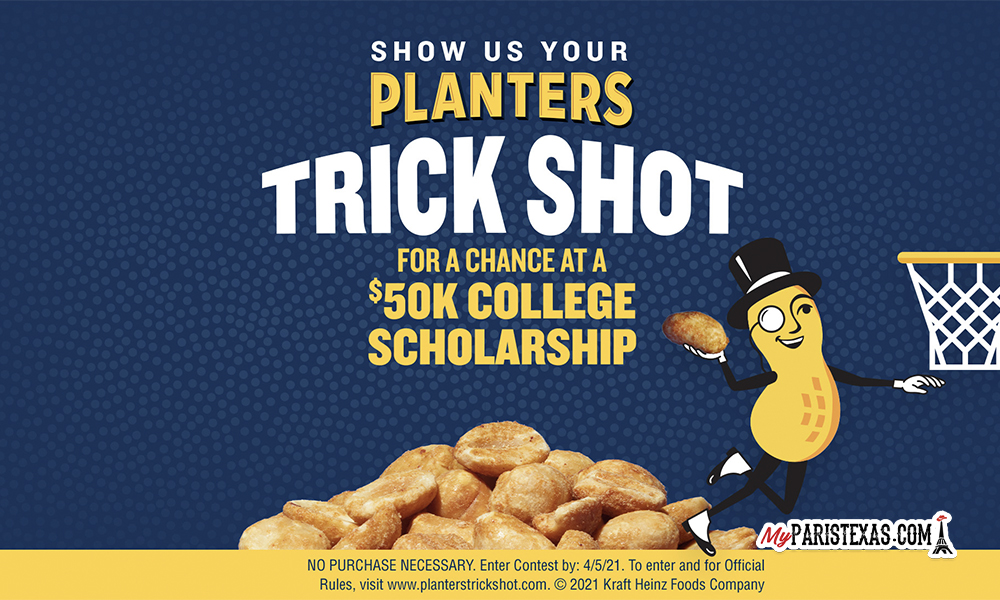 Planters, the well-known peanut company, is hosting a basketball-focused scholarship competition, and the winner will be awarded a $50,000 scholarship.

“If you’ve got the moves, we want to see’em,” the company posted on its social media.

Those who enter the contest will perform a trick shot, captured on video and post it to TikTok, Twitter or even Instagram with the hashtags #PlantersTrickShot and #Contest.

If you’ve got the moves, we want to see’em. Shoot your #PlantersTrickShot for your chance at a $50K College Scholarship.
To enter post your own Planters Trick Shot video using #PlantersTrickShot #Contest and visit https://t.co/9ClpdxtFgv for official rules pic.twitter.com/4rwz42vGCj

Planters’ panel of judges will judge contestants through each appropriateness to theme, creativity/originality, and difficulty of trick shot/shock value.

So judges are able to review the videos, social media accounts will need to be made public.