Remembering the 1916 Paris Fire that lasted more than 10 hours, burning more than 260 acres 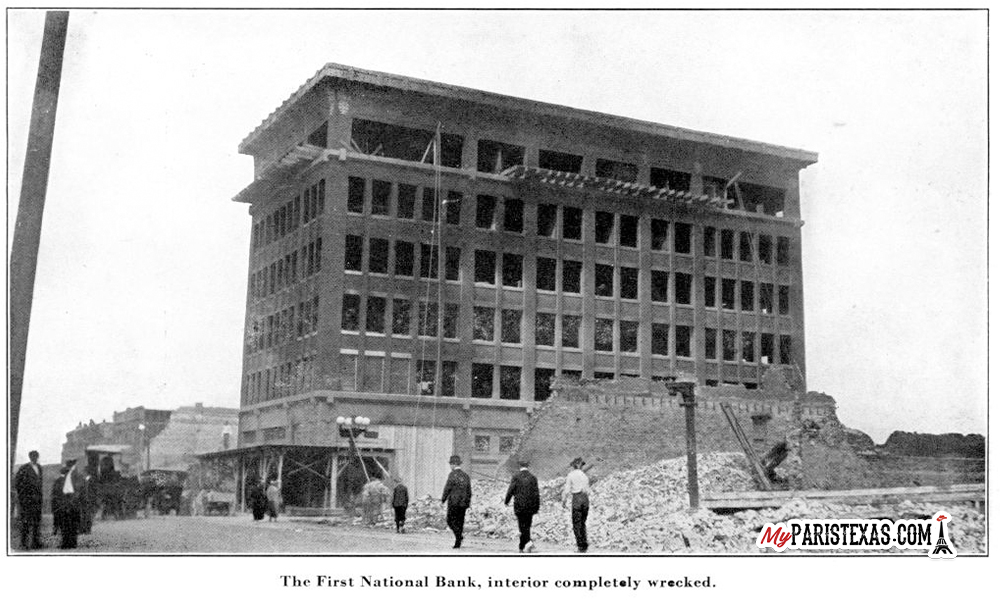 On this day 105 years ago, Paris celebrated a growth spurt and prosperity during a community picnic hosted by the Rotary club. However, residents were unaware of the devastation that would hit the city within a matter of hours, leaving the town in smoldering rubble.

The 1916 Paris Fire left the city devastated after it ripped through more than 260 acres, destroying about 1,400 buildings.

As Paris was founded in the mid-1840s, several historic structures were lost in this historic fire that destroyed nearly half of the town, according to the Texas Historic Commission.

Officials say the fire started at about 5 p.m. on March 21, 1916, and lasted 10 hours. The cause was, however, undetermined, but it is theorized to have started from a spark from a switch engine igniting dry grass near a warehouse. Leading up to the historic 1916 fire, Paris was experiencing a long dry spell, and with winds up to 50 MPH that day, the fire soon blew out of control and headed toward the Northeast portion of Paris; devouring everything in its path.

Helping fight the catastrophic flames included firefighters from Bonham, Cooper, Dallas, Honey Grove and Hugo Oklahoma. The Texas Historic Commission says the flames could be seen from up to 40 miles away and was finally contained by March 22’s sunrise.

It’s estimated that about $11,000,000 worth of property damage was caused by the 1916 Paris Fire, which included the Lamar County Courthouse and Jail, City Hall and several churches.