At 6:50 a.m. on May 18, officers met with a victim in the 600 block of S Main St. who reported that someone had stolen their 2013 black GMC Terrain sometime during the night. Paris police are continuing to investigate.

Paris police stopped a vehicle in the 300 block of Lamar Ave at 12:30 p.m. for a defective tail lamp. During the stop, the officer smelled the odor of marijuana emitting from the vehicle. The officer located the marijuana and arrested both occupants of the vehicle and charged them with possession of marijuana. The driver, identified as 22-year old Chan Douglas Pham, of Broken Bow, Oklahoma, was charged with felony possession of a controlled substance when the officer located a Vape Pen that contained THC oil. Both were later transferred to the Lamar County Jail.

Paris police later responded to a burglary of a residence at 5:59 p.m. in the 800 block of Cedar St. The victim reported that they were at home when someone came into the residence and stole a bicycle. The victim did not see who entered the residence. The investigation is ongoing.

Paris Police responded to 99 calls for service and arrested two people on May 18, 2020. 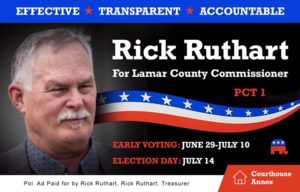