The Blazers compete in NJCAA Region V, Division III in the Metro Athletic Conference. North Lake has championships in men’s basketball in 2006, 2008 and 2017.

“I had several offers on the table for a while, but I never really found myself ready to really commit because I was still a little iffy about a few places,” Gavyn said. “I went to a showcase at Dallas Baptist University and the coach for North Lake liked what he saw and started recruiting me. This coach gave me the feeling that he cares about his guys from both an athletic and academic standpoint, and he also wants to see his players move on to bigger schools after the junior college level.”

Gavyn’s perception turned out to be a reality, as his coach noticed both the skills and intangibles he brings to the table for his Blazers squad.

“As I watched him, he’s very team-oriented and fits in well with his teammates wherever he’s played,” North Lake College head basketball coach Tim McGraw said. “It’s a big challenge with travel ball because you have to play with people you don’t know. He has good shot selection and plays good defense.”

During his final two years at Paris High School, Gavyn helped his team reach the regional tournament, where the Wildcats went three of Gavyn’s four years in high school. He and the team were successful through their unity and work ethic, which is something his high school coach praised his graduated guard for.

“He’s a really hard-working kid,” Paris High School head basketball coach Billy Mack Steed said. “If you tell him he needs to work on something, he’s going to try to get better. Hopefully, he has success at the next level.”

Along with working hard, Gavyn holds several experiences and values close to him even after walking the stage and moving onto the next chapter of his basketball playing career.

“The main thing I’ve taken from Paris High is to always play with grit, whether that’s on the offensive or defensive side of the ball,” Gavyn said. “We were never without grit on the court and did not think about anything else except winning. These things will help anyone excel at any level, which will definitely help me transition to the bigger competition.”

Dreams take time to accomplish as the results one is striving for do not come overnight. Making the adjustment from high school to college ball will be a challenge, but McGraw believes Gavyn has what it takes to fit in with his program.

“In junior college basketball, it’s always an adventure to see how the incoming freshman fit,” McGraw said. “It’s about seeing which kids make the proper adjustments. I think he will be just fine, he’s really versatile and I think he will pick things up quickly. I’m convinced he is hungry, very motivated and I think he fits in with our program well.”

Playing college basketball is something Gavyn not only has the passion to do for himself, but also those who have stood firmly in his corner since he first picked up a basketball. He sees the opportunity in front of him and plans to use everything he’s experienced as fuel to his fire to keep rising through the ranks.

“This is something that I’ve always told my parents I’ve wanted for myself, and it’s a huge blessing to have the opportunity to play at the next level because not everyone gets to do it,” Gavyn said. “I’m just hoping that I can continue to develop my skills and craft and hopefully get to a big four-year school.” 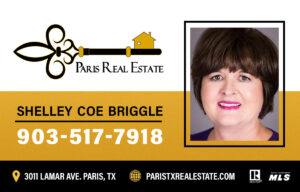