According to reports, Magers was arrested by a DPS Trooper after he hit a light pole near Schulman’s Movie Bowl Grill at Highway 75 and FM 1417. He bonded out of the Grayson County jail Thursday morning on a $2,500 bond.

In a statement, the judge apologized and said he takes full responsibility for his actions.

“Yesterday evening I was arrested for the offense of Driving While Intoxicated. I take full responsibility for putting myself in this position,” reported KXII, “I want to publicly apologize to my wife Angela and our sons for the embarrassment this incident has caused them.”

“I also apologize to my fellow commissioners and all of our county employees and officials and citizens of Grayson County, as I know that my actions set a poor example of leadership and are not reflective of the professionalism they deserve. I would welcome all prayers for myself and family as I take the necessary personal steps to address this matter.”

Jail records show Magers was also arrested for DWI twice in the early 90s. He is currently serving his second term as a Grayson County judge. Previously he served three terms as the mayor of Sherman.

The Grayson County District Attorney’s office said they will handle this case like any other criminal case, reported KXII. 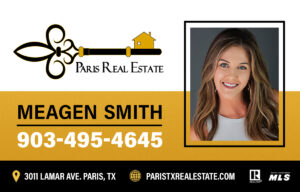